If you want to begin experiencing more aliveness, peace, and productivity with less stress, fear, and pressure than ever before in the next two hours, sign up here to access a collection of some of my most popular introductory writing, audio, and video materials lovingly assembled into a “basic course” to get you up and running! 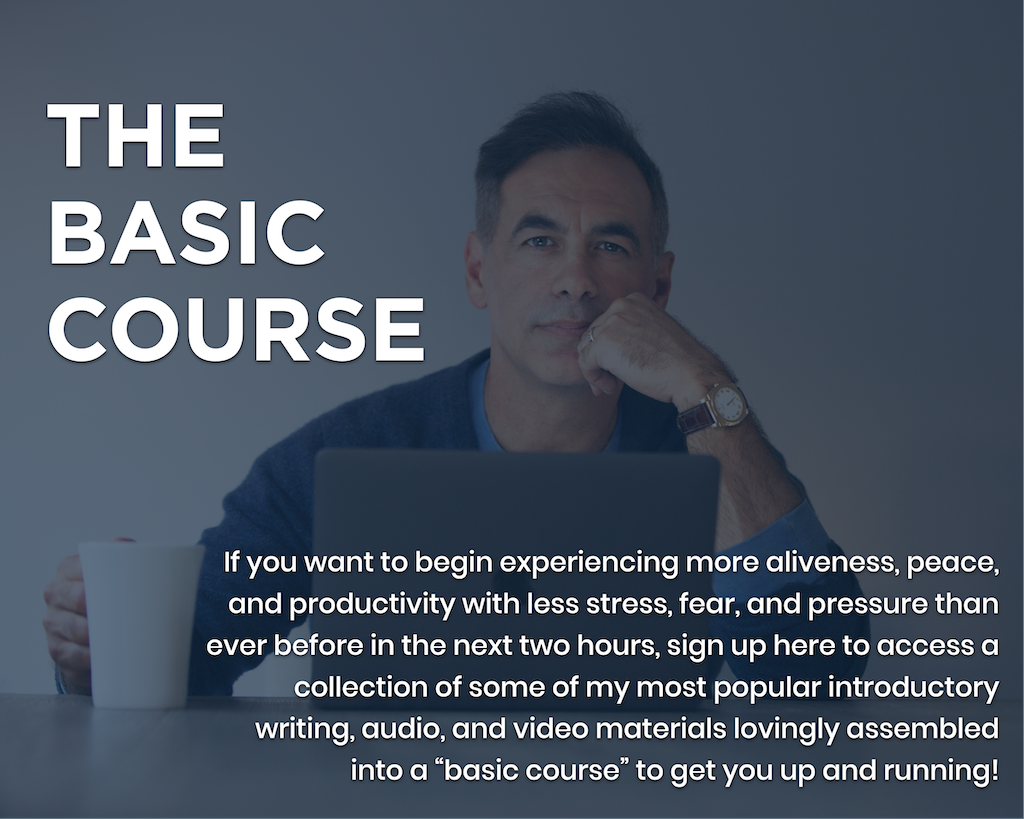 For instant access to the full basic course, enter your name and email address below… “Prior to meeting Michael, I’d only believed changes could be made incrementally. They’d have to be specific to one area at a time and placed on a self-created timetable to most accurately measure the quality of the change. Michael’s ability to connect and his understanding of the human experience as a coach was unparalleled to anything I’d ever seen before. It was as if he knew exactly where to point or that he knew precisely which thread to pull to unravel the wisdom, resilience, creativity and peace he knew existed inside me. Simply put, Michael didn’t just change my life: he transformed it. Words could never convey my appreciation adequately. For that transformation, I am deeply humbled and grateful.”

Scroll down to check out lesson one for yourself…

Click here to read: What is the Inside-Out Understanding?

“If the only thing people learned was not to be afraid of their own experience, that alone would change the world.”

For many years, the human brain has been compared to a computer.  The general assumption has been that while some people’s computers are more powerful than others (higher IQ, etc.), the main difference between people is in the software – the programs that they run.

These programs include both the ‘apps’, or strategies we use, and the ‘deeper programs’ – our beliefs and values.  Some apps are so popular that we think of them as factory installed.  In the same way that 8 out of 10 computers in use today have some version of Microsoft Office installed, so 8 out of 10 people will have taken on the majority of the beliefs and values of the culture in which they live.

But far more important to the effectiveness of a computer is what’s baked into the firmware – the BIOS (basic input/output system).  Even the most effective programs can’t run without interfacing with the BIOS of the computer.

When it comes to human beings, the basic operating principle is this:

100% of your experience of life is created from inside the system.

That is, contrary to the way things appear, the only way the human experience can unfold is from the inside-out. No exceptions. The system only works one way. And the clarity of our seeing that underpins the way we handle absolutely every situation in our lives.

Imagine you wake to hear your child screaming.  You run into their bedroom, relieved to see that there’s no immediate danger but concerned about what has them so frightened. They tell you that there’s a monster at the end of the bed. To your surprise, when you turn to look there is indeed something which looks like a monster looming over them.

However, a second glance reveals that it’s only the shadow of a toy left on the windowsill, brought to life by the moonlight which streams through the window behind them.

To your child, who believes the monster is real, their only choices are to cower in fear or to run through a menu of problem solving strategies, ranging from hiding under the covers to seeing if they can outrun you and hoping that once the monster eats you, it will be full and leave them in peace.

But because you recognize the “monster” is only the shadow of a toy, you’re not inclined to do anything to make it go away. Because you understand something about the nature of light and shadow, you know that the moment the light changes, the monster will transform or even disappear completely. 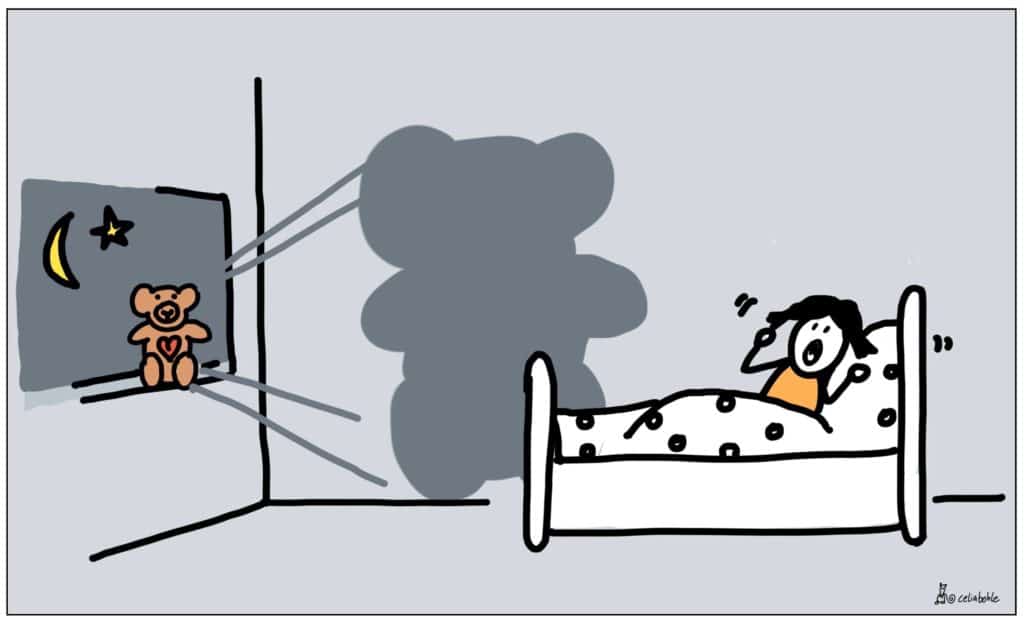 Whether the “monsters” we face in our lives seem to be made of money, health challenges, relationships, work issues, or even things that happened to us in the past, the same is true for us. The more we understand the principles behind how our experience of life is being created moment by moment, the more freedom and creativity we will have in how we operate in the world.

Living from the Inside-Out

Caffeine for the Soul

A preview of coming attractions…

For instant access to the full basic course, enter your name and email address below…